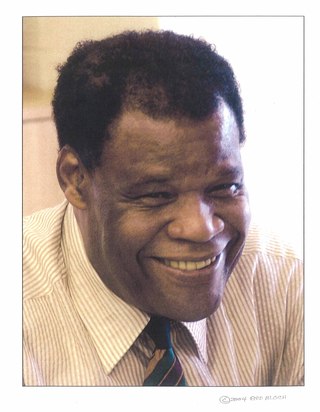 Leo H. Downes
The Columbia University Rare Book and Manuscript Library just published its Finding Aid for the Leo H. Downes papers (34 cassette boxes; 12 document boxes). It is a collection of great importance by an extraordinary individual (special attention should be paid to the audio cassettes). Many thanks to Diana Greenidge, Julie Siestreem, Thai Jones, and Patrick Lawlor for making this happen. See http://findingaids.cul.columbia.edu/staging/ead/nnc-rb/ldpd_11359941/

Leo H. Downes was an independent and provocative intellectual based in Harlem. His interests covered a wide range of topics, including African-American history, neuroscience, psychiatry, psychology, philosophy, art, music, culture, sociology, theology, athletics, and education.
Downes was born July 15, 1933 in Coffee Gully, The Parish of St. Joseph on the island of Barbados. He was the only child of William Lionel Blackman and Adeline Ione Downes. His father was an engineer and, overseer. Leo graduated from St. Leonard's Boy's School in St. Michael Barbados West Indies in 1955. He attended the New School of Social Research in New York City from 1967 to 1970. He attended Columbia University School of General Studies from 1972 to 1974. He then attended New York Institute of Technology in Psychology in Westbury, New York.
Downes directed the Youth Opportunity Program for the New York State Psychiatric Institute (NYSPI) located in the Washington Heights neighborhood for 32 years, from 1971 to 2003. The YOP program was designed as a pairing of high school adolescents with doctors as mentors for 15 to 20 hours per week to work in each doctor's respective area of research. It was a valuable and critically successful support system that worked well for both the doctors and students. Downes received numerous awards for this outstanding work. A teacher, counselor and, rehabilitator, he worked with children and adults in the Reality Halfway House, Cornell's Children's Services, and New York City Model Cities Program. He worked one to one, with small groups and, large groups as needed. He taught ex-cons, ex-addicts, dropouts and, High School Equivalency Programs.
Downes had an insatiable thirst for knowledge, and consistently asked the most challenging questions of anyone on any given topic. Others sought him out frequently to attend their classes, lectures, discussion groups and, movies because, they knew he would come up with the best questions. For 35 years he moderated a monthly study group of the Society for the Study of African Philosophy. He was a part of the Institute for Research in African American Studies program at Columbia University from its beginning in 1993.
Downes was a member of the Harlem YMCA for 55 years. He was a competitive body builder from 1950 to 1974. He died on April 28, 2014 at the age of 80.