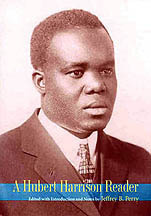 Read about A Hubert Harrison Reader from Zinn Education Project and, if you desire, order if from Teaching for Change bookstore HERE

Table of Contents for A Hubert Harrison Reader 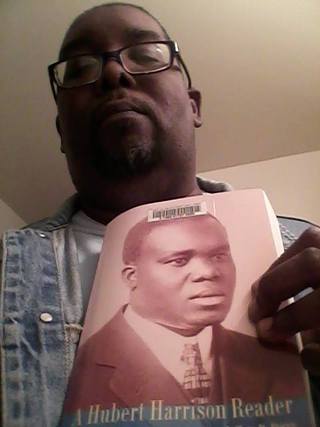 Baba Olaitan Osagbemileke
Writes
"I got a copy of the Hubert Harrison reader from the library."
If you can't get it at your library, you may want to -- Purchase "A Hubert Harrison Reader"

"We must thank Jeffrey B. Perry for assembling the definitive collection of Harrison's writings. Perry . . . brings an enthusiasm and judicious scholarly eye to this project. Expertly edited with a gracious introduction along with copious and wonderfully helpful notes, "A Hubert Harrison Reader" grants the scholarly community the opportunity to revisit this towering intellectual and to judge anew his negotiations of the intersections of race and nation."--Corey D.B. Walker, Brown University, “Rethinking Race and Nation for a New African American Intellectual History," Black Renaissance/Renaissance Noire, Summer/Fall, 2002

From the Back Cover

The St. Croix, Virgin Islands-born Hubert Harrison (1883-1927), known as "the father of Harlem radicalism," was a brilliant writer, orator, educator, critic, and political activist in New York in the 1910s and 1920s. Historian J. A. Rogers, in "World's Great Men of Color," refers to Harrison as "the foremost Afro-American intellect of his time" and (amid chapters on Booker T. Washington, William Monroe Trotter, W. E. B. Du Bois, and Marcus Garvey) emphasizes that "none of the Afro-American leaders of his time had a saner and more effective program." During the 1910s and 1920s Harrison was a major influence on A. Philip Randolph, Garvey, and a generation of World War I-era activists and "common people." He is one of the truly important, yet neglected, figures of early twentieth-century America.

Jeffrey B. Perry discusses "A Hubert Harrison Reader" with host Stella Winston of "Straight Up!" for Brooklyn Cable TV, June 14, 2002.

Reviews and Reviewers' Comments on "A Hubert Harrison Reader" 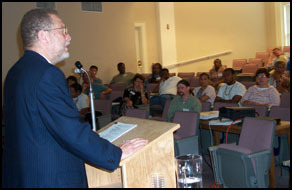 
"The appearance of Harrison's writings will most certainly not only fill a gap in our understanding of black radical and nationalist writings around the World War I period and beyond, but will also, I suspect, change the way in which we tend to look at black thought generally in this period." -- Ernest Allen, Jr., W.E.B. Du Bois Department of Afro-American Studies, UMass at Amherst

Gerald C. Horne
author
"The Counter-Revolution of 1776"
and
"Negro Comrades of the Crown.

“A GREAT BOOK”
by
GERALD HORNE

. . . I think this is one of the more significant books published in African-American Studies, perhaps U.S. History, in recent years.

Born in St. Croix, Virgin Islands, during the era of Danish colonialism and spending a good deal of his life in Harlem, Harrison (1883-1927) was a writer, orator, educator, critic--definitely, a critic--and activist.

He served as editor of the NEGRO WORLD and the analyses he makes of Marcus Garvey and the UNIA still must be responded to; I think that in many ways Harrison's analyses of the World War I era--and countless other matters-- are sharper than those of Du Bois. His critique of A. Philip Randolph remains relevant. He has useful things to say about Soviet Russia, Mexico, Africa, China and—of course--Japan. His analysis of the Virgin Islands has to be read by any with interest in this U.S. colony. He wrote analyses of India under a pseudonym that still repay attention. Naturally, his words on the 'Harlem Renaissance' and cultural/literary production are rich; ditto for his views of the GOP, Democrats and political independence. Harrison carefully monitored relations between U.S. Negroes and those then called West Indians. In this Different era, the radical Harrison--a socialist through and through--contributed Regularly to the NY TIMES BOOK REVIEW.

. . . Like Perry, Harrison once worked as a postal worker. Indeed, the annotation and documented analysis that Perry provides, puts to shame some who have not faced the difficult schedule and lack of resources he has endured as a trade union activist and leader.

. . . Perry makes an effective argument for the notion of Harrison as a scandalously ignored thinker and activist, whose words about the fate of Africans on the continent and elsewhere and his insights into complex realities of all sorts remain worthy of serious study.
[The full review first appeared on BRC-DISCUSS, the general discussion group of the Black Radical Congress, on June 1, 2001.] 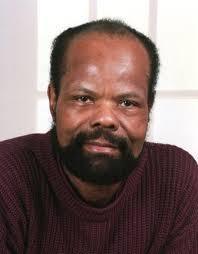 "Perry's annotation is extensive...It is exemplary scholarship...Harrison's texts are a feast for the intellect and a rich source of information and opinion on the African American issues of Harrison's day." -- H. Nigel Thomas, author of "Lives: Whole and Otherwise," in Wadabagei.
For the full review CLICK HERE

. . . This book is long overdue and we want to bring special attention to it . . . Perry did an excellent job in providing a context for appreciating Hubert Harrison's powerful work. A brilliant writer, orator, educator, critic, and political activist, Hubert Harrison (1883-1927) is one of the truly important figures of early twentieth century. . . .
. . . Perry sums Harrison's career up nicely. "During his relatively short life of forty-four years, Harrison made his mark by struggling against class and racial oppression, by participating in and helping to create a remarkably rich and vibrant intellectual life, and by working for the enlightened development of the lives of 'the common people.' His political/educational work emphasized the need for working-class people to develop class consciousness; for 'Negroes' to develop race consciousness, self-reliance, and self-respect; and for all those he reached to develop modern, scientific, critical, and independent thought as a means toward liberation."

"In the first quarter of the twentieth century, Hubert Harrison emerged as one of the most creative, wide-ranging, biting, and perceptive students of race and race relations in the United States. . . Perry, with his new and valuable collection of Harrison's writings . . . restores Harrison to the center of African American political thought and organizing in the early twentieth century. -- Eric Arnesen, University of Illinois, Chicago 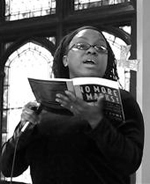 "Thanks to the work of independent schiolar Jeffrey B. Perry . . . the before his time messages, and life story of Harrison have been rsurrected and his writings [made] available with the publication of A Hubert Harrison Reader . . . I find it hard to put A Hubert Harrison Reader down each time I pick it up and find it more difficult to accept Harrison's absence from my cultural and racial self-understanding." -- Venice R. Williams, Executive Director of SeedFolks Youth Ministry and the Kujichagulia Lutheran Center, Washington Park Beat, Milwaukee, Wisconsin, December/Jamuary 2009/10 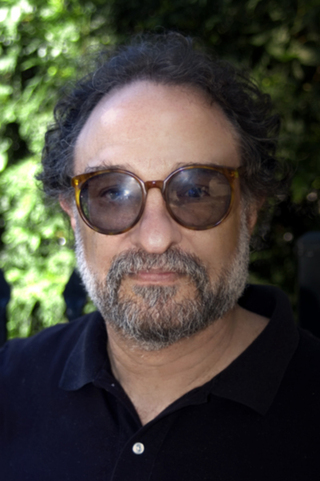 A mere biographical sketch cannot adequately convey who Hubert Harrison was. Only through his writings, drawn from numerous periodical sources and painstakingly compiled with richly detailed, informative commentary by Perry, can one acquire some true sense of this figure, once so influential and now all but forgotten.

The man was an internationalist and anti-imperialist. Some of the best pieces in the collection take up the issue of imperialist war and its meaning, especially for people of color. As such, they stand today as timely reminders of lessons gleaned from an earlier period of capitalist class adventurism abroad and accompanying racism.

. . . Harrison also saw new opportunities and possibilities for the world's oppressed coming off the end of the World War. In that, too, informative lessons can be drawn.

Harrison's criticisms of the limitations of mainstream Black organizations, his contemporary left critique of Washington's accommodationism, Dubois' "Talented Tenth" gradualist concessions to a white "civil rights" establishment, and even of Garvey's separatism, open up a richer understanding of the African-American activist tradition.

Most significantly, perhaps, the sections dealing with Harrison's experience within the Socialist movement send today's left some important historical messages regarding the failure to place race, the still pervasive presence of "the color line," at the center of any socialist program.
Allen Ruff, Against the Current, Jan. - Feb., 2004.

“We must thank Jeffrey B. Perry for assembling the definitive collection of Harrison's writings. Perry . . . brings an enthusiasm and judicious scholarly eye to this project. Expertly edited with a gracious introduction along with copious and wonderfully helpful notes, A Hubert Harrison Reader grants the scholarly community the opportunity to revisit this towering intellectual and to judge anew his negotiations of the intersections of race and nation.. . . Harrison was a prolific writer and probing thinker on a variety of subjects ranging from socialism to black leadership. His commentaries on religion, literature, history, art, and society are stunningly original and are incredibly fertile. . . . Hubert Harrison deftly navigated the contested terrain of race and nation. His socialist writings reveal a complex and advanced analysis of the imbrications of class and race; ever aware of the racial economy of the United States and the history of chattel slavery, Harrison was acutely attuned to the fact that any analysis of class had to be cognizant of the particular logics of the white-black racial binary that lie at the heart of American democracy. . . . Harrison was one of the leading African American socialist theoreticians and commentators in the early years of the twentieth century, and in order to fully appreciate the quality of his writings on socialism and the plight of African Americans, one need only be reminded of the history of this period, marked as it was by macabre scenes of racial violence, labyrinthine legal and judicial structures designed to maintain a racist status quo, and expansion and deepening of the colonial project. . . . Perry's collection is a welcome addition for those interested in pursuing and elaborating on one prominent black intellectual's ideas and ideals of race and nation. . . . still there remains much to explore in Harrison's thought on race and nation, and to this end we owe a great debt of gratitude to Jeffrey Perry for assembling this well crafted reader.” Corey D. B. Walker, Brown University, in Black Renaissance, 2002.

"A Hubert Harrison Reader belongs on the shelf of every serious library and in the hands of every
serious scholar of African American history and radical political thought."
Christopher Phelps, Ohio State University

"Perry's book presents the broad range of Harrison's influence, detailing his work in literary criticism, theatre, philosophy, as well as his work with race and class politics. Moreover, Perry's introductory essays are encyclopedic in their own right. Anyone who has an interest in the history of Black politics, the Harlem Renaissance period, or in early American radical politics must read this book." -- Portia James, Anacostia Museum

"I am impressed by the scholarship and the presentation of each Harrison item; they show an unmatched mastery of the material. I'm sure all scholars and libraries will almost be obliged to engage in the pleasure of using your book." -- Theodore W. Allen, author of The Invention of the White Race

"Perry's annotation is extensive. . . . It is exemplary scholarship. Notwithstanding Perry's contributions, Harrison's texts are the marrow of the book. . . . Harrison's texts are a feast for the intellect and a rich source of information and opinion on the African American issues of Harrison's day." - - H. Nigel Thomas, Universite Laval, Wadabagei: A Journal of the Caribbean and its Diaspora, 2003 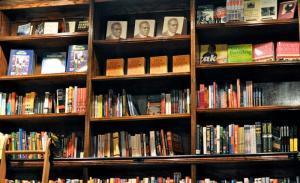 A Hubert Harrison Reader is on prominent display at Teaching for Change Bookstore in Busboys and Poets (Washington, DC)

Best Bookstore for Browsing
Suite 101.com (the self-described "world's most comprehensive independent online magazine") describes the Teaching for Change Bookstore at Busboys and Poets in Washington, DC as one of the three best bookstores for browsing and meeting in the nation’s capital.
Not surprisingly, on the bookshelves of Teaching for Change, we see A Hubert Harrison Reader prominently displayed.

Talks on "A Hubert Harrison Reader" 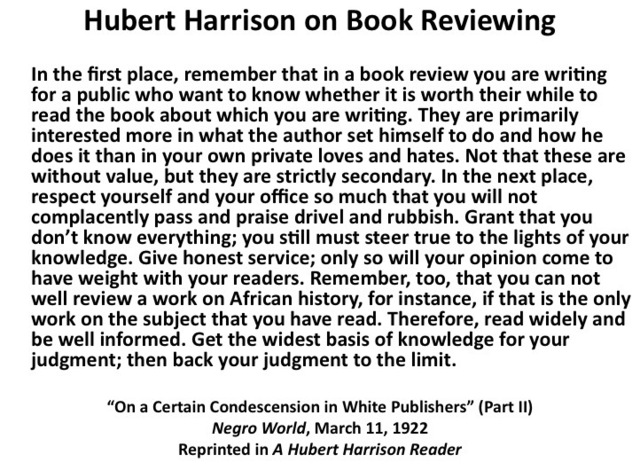