The Cases of Dr. Jahi Issa 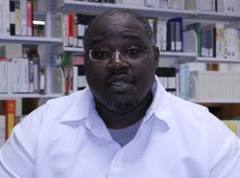 Dr. Jahi Issa was fired on August 17, 2012 from his position as Assistant Professor of History and Africana Studies at Delaware State University (DSU). He also faces serious criminal charges and several years in jail. These actions against Dr. Issa are related to his attendance at a March 1, 2012 student rally/protest against attacks on Black education that was conducted under such slogans as “Its Time for A Change.”

Delaware State University in Dover, Delaware is one of the nation’s Historically Black Colleges and Universities (HBCUs). It was established in 1891 as “The State College for Colored Students,” by the Delaware General Assembly under provisions of the Morrill Act of 1890 by which land-grant colleges for African-Americans came into existence in states that maintained separate educational facilities for Black students and for “white” students. The school’s current enrollment is about 4,000 students and it is the second biggest university in Delaware. Currently, an estimated 72% of its students are African-American.

Dr. Issa’s permanent discharge stems directly from his attendance at, and support for, the March 1, 2012 student rally at the DSU Board of Trustees meeting. The specific charges in his notice of dismissal were “failure to perform professional responsibilities” and “serious misconduct.” Dr. Issa maintains he is innocent of all charges. At the time of the protest Dr. Issa was one of only two full-time African-American professors in the Department of History, Political Science and Philosophy, he had received positive reviews, and the Department had no tenured African-American faculty.

Dr. Issa also faces serious criminal charges related to his attendance at the March 1 student protest. Board of Trustees meetings are supposed to be open to the public, students were rallying outside the meeting site, and Issa was supporting and watching them when the police came up on him. He now faces several years in jail for allegedly “rioting” [i.e. protesting without a “permit”], allegedly refusing a direct order [to disperse], allegedly verbally abusing a police officer, and allegedly putting a hand on a police officer. Issa pleaded not guilty to all charges.

Issa emphasizes he was at the rally to support students in their civic engagement and "remind them of their First Amendment rights" when police approached him. "I never insulted anyone. I never hit anyone. I was attacked," he says. He then adds: "They were pulling my arms up. I was losing my breath. I said, 'You're hurting me.' I told them I was getting hurt, and I was losing my breath." After being seized, Dr. Issa was taken to Kent General Hospital. His blood pressure was over 200 and he had a separated shoulder and other medical injuries. After Issa was manhandled by the police the DSU students spontaneously broke into a chant of “Rodney King! Rodney King!” (See Issa being seized by police in the video at http://www.youtube.com/watch?v=D1YuJzYnetM at 0:34 Click Here. )

Dr. Issa also calls attention to the disparity in treatment that he received and the treatment that was extended to an overwhelmingly “white” group of student demonstrators who raised issues regarding the Equestrian team in March 2010. At that demonstration, protesters rode horses in front of the Administration Building yet no one was subjected to an attack similar to what Dr. Issa faced.

Jahi Issa is convinced that he was attacked because of his writings about ongoing attacks on Black faculty, Black students, and Historically Black Colleges and Universities and that the attacks on him are part of the systematic attacks currently directed at Black education and public education. (See, for example, his article Jahi Issa, “The Ethnic Cleansing of Historically Black Colleges in the Age of Obama” article http://www.blackagendareport.com/blog/7896 Click Here.)

Issa also thinks the attacks are directly related to his support for the March 1 students’ rally and concern about his ideas reaching students and a wider audience both within and beyond the university.

He writes that his firing comes “after more than three years of harassment and physical attacks by the DSU Administration . . . I was fired based on false allegations. There was no due process! And no hearing! I have not even had my day in court! The DSU Administration has systematically eliminated most of its African American faculty from the school. In fact, this is why I was fired. Because I had the audacity to stand up and tell the truth about the future of African American EDUCATION in the country.”

The attacks do appear to come from people in very high places and they appear to be aimed at isolating Issa politically and intimidating him and others who would speak on these issues. Dr. Issa maintains that powerful, moneyed interests and their political allies see billions of dollars in public education monies as objects of their greed. He believes they are the ones who are ultimately leading these attacks.

Dr. Issa seeks to call attention to these issues and to broaden political and legal support for his defense. He is a married father of five children (oldest 14). His college and university background includes a B.A. from Texas Southern, an M.A. from Southern, and a Ph.D. from Howard. His phone number is 302-465-3787 and his email is jahiissa65@gmail.com . He urges those interested in helping to contact him directly.


Background to Jahi Issa’s Work and His Cases

Video of Dr. Issa being seized and knocked to the ground by police (at 0:34 seconds) while he peacefully watches student protest at Delaware State is at http://www.youtube.com/watch?v=D1YuJzYnetM Click Here

Coverage from the Dover (Del.) Post on the arrest of Dr. Issa is at http://www.doverpost.com/news/x1160487010/Delaware-State-University-professor-arrested-during-student-protest Click Here

Jahi Issa’s article in Black Agenda Report on the "The Ethnic Cleansing of Historically Black Colleges in the Age of Obama" is at http://www.blackagendareport.com/blog/7896 Click Here

See also Jahi Issa's discussion of Historically Black Colleges as "a strategic resource for the higher education of African-Americans" in “No Need to Overhaul Black Colleges,” in The Chronicle of Higher Education at http://chronicle.com/article/No-Need-to-Overhaul-Americas/129565/ Click Here

Rudolph Lewis's Chicken Bones includes some letters of support for Dr. Issa and a copy of his letter published in the "Chronicle of Higher Education" at http://www.nathanielturner.com/supportletterjahiissa.htm Click Here

An article on the ACLU's early support of his case is at http://www.doverpost.com/news/x1704640114/Follow-Up-ACLU-backs-Delaware-State-University-professor-arrested-during-protest Click Here

An Article from Black Commentator on his work in North Carolina for Obama campaign in 2008 is at http://academic.udayton.edu/race/2008electionandracism/Obama/Obama20.htm Click Here

The struggle at DSU is not unique and recently Professor Jane Davis, Chair of the Faculty Senate at Tennessee State University was recently handcuffed and arrested for protesting university policy at an August 20, 2012 Faculty Senate meeting. See http://www.tennessean.com/article/20120821/NEWS04/308210030/TSU-Faculty-Senate-leader-arrested?gcheck=1&nclick_check=1 Click Here

For those interested in financially aiding Jahi Issa (he has lost his job, has five children, and already has thousands of dollars in legal costs) see www.hbcuinstitute.org Click Here