This long-awaited final volume guides us through the last decade of Harrison's life, when he played a major role in the political upheavals and cultural transformations that shaped Harlem in the wake of the First World War. Thanks to Perry's definitive portrait, it will no longer be possible to overlook the fierce and flinty polymath who was arguably the most brilliant black radical intellectual of his generation.

The Practice of Diaspora: Literature, Translation,

and the Rise of Black Internationalism 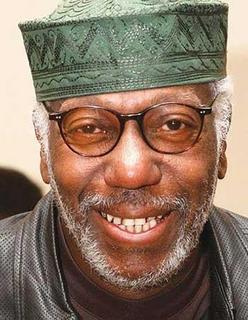 Leading and Much Respected Harlem Journalist

"Hubert Harrison was a profoundly prolific writer and activist with a bottomless reservoir of insight. Jeffrey Perry, in this second volume, continues his deep dive into Harrison's work, surfacing with fresh illumination of his legacy.  J.A. Rogers said Harrison worked tirelessly to enlighten others, and those words characterize Perry's pursuit. 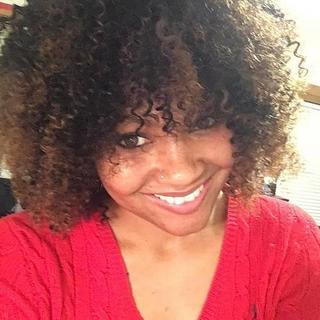 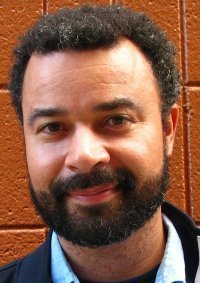 The brilliant radical educator and activist Hubert Harrison has found, in Jeffrey Perry, a meticulous and indefatigable champion. Perry serves as both a perceptive guide to Harrison's immense literary output and as Harrison's partner in setting the historical record straight. For scholars who want to understand this once-hidden parent of Harlem radicalism, Perry's work is the essential starting point. 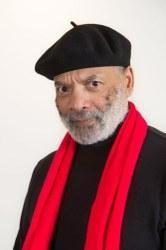 Jeffrey Perry's magnificent achievement reaffirms that the life and work of Hubert Harrison stood at the center of the New Negro Movement, the Harlem Renaissance, and American life and thought in general. This excellent book should broaden the prevailing conceptions of the history of ideas, sociology of knowledge, and intellectual history.

Columbia University Press asked me to write a blurb for Jeffrey Perry's brilliant tour de force, the long-anticipated second volume of his monumental, Hubert Harrison: The Struggle for Equality,1918–1927, a task that I considered an undeserved honor.  I humbly wrote one, and I hope they can use it, but in the fifty requested words, I could not do Jeff's work justice.  In this second volume of his biography of Hubert Harrison, Perry accomplished a technological feat by providing links to primary sources in the electronic edition which I have not yet seen.  I am knowledgeable enough to know that furnishing electronic links required the devotion of additional time effort and it required that Jeff show respect for state-of-the-art simultaneous print and electronic publishing technology. . . . ,  Columbia University press is to be lauded for its support of this project.  I have seen the book's galleys, which came to 942 pages—without index and without bibliography, and all I can say is that bringing this masterwork to completion required extraordinary intelligence, imagination and commitment on the part of the editors.  Anyone who peruses this biography will experience a revelation, with respect to content, interpretation, and methods, and an epiphany respecting the professional ethos.

Hubert Harrison is one of those historical transformative figures who demands full revelation. Jeffrey Perry's meticulous scholarship continues that process from which future studies can only benefit. 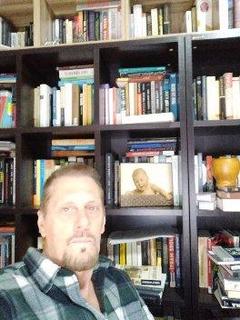 Jeffrey B. Perry is a brilliant scholar and tireless social activist who gives his time selflessly to others. He is a treasure. His work on Hubert Harrison is a priceless labor of love and he deserves more recognition for his efforts to educate us about this brilliant and important man. His two-volume biography on Harrison deserves to be on the bookshelves of all historians of race and class in America.

Historians and Their Books

Jeffrey Perry’s book symbolically captures the heavy weight of history. His close and meticulous examination of Harrison’s life sheds light on this “renaissance man,” restoring Harrison’s career and removing it from the shadow of Marcus Garvey’s legacy. Perry lifts the veil off the face of history and documents the genius of a man. 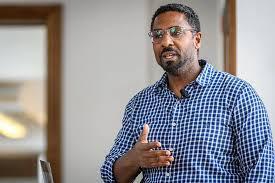 Against Wind and Tide:

The African American Struggle Against the Colonization Movement 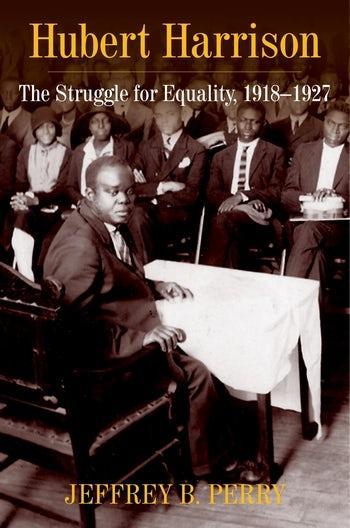 Can be purchased in advance with a 20% discout from Columbia University Press by using "Code20" Follow the link above.

This is volume 2 of the Harrison biography. It is believed to be the first full-life, multi-volume biography of an Afro-Caribbean and only the fourth of an African American after those of Booker T. Washington, W.E.B Du Bois, and Langston Hughes!
This second volume traces the final decade of Harrison's life, from 1918 to 1927. It details Harrison's literary and political activities and his efforts against white supremacy and for racial consciousness and unity in struggles for equality and radical social change. The book explores Harrison's role in the militant New Negro Movement and the International Colored Unity League, as well as his prolific work as a writer, educator, and editor of the "New Negro" and the "Negro World."
It also discusses Harrison's interactions with major figures such as Garvey, Randolph, Du Bois, William Monroe Trotter, J. A. Rogers, Arthur Schomburg, Chandler Owen, D. Hamilton Jackson, Eugene O'Neill, Amy Ashwood Garvey, Augusta Savage, Richard B. Moore, and other prominent individuals and organizations as he agitated, educated, orated, and organized for democracy, equality, and social change from a race-conscious, radical internationalist perspective.
This biography demonstrates how Harrison's life and work continue to offer profound insights on race, class, religion, immigration, war, democracy, and social change in America. It should be of interest to those interested in Black History, Caribbean History, Virgin Islands History, Africana Studies, Pan Africanism, U.S. History, Radical History, journalism, internationalism, book and theater reviews, poetry, Harlem history, and biography.

A Note on Usage

1. Return to Harlem and Resurrection of The Voice (July–December 1918)

19. The Pittsburgh Courier and the Voice of the Negro (January–April 1927) 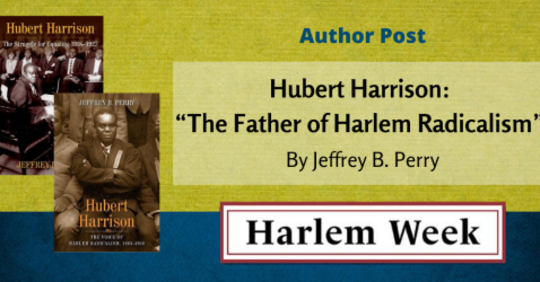 Special Discounts on "Hubert Harrison: The Sruggle for Equality, 1918-1927" 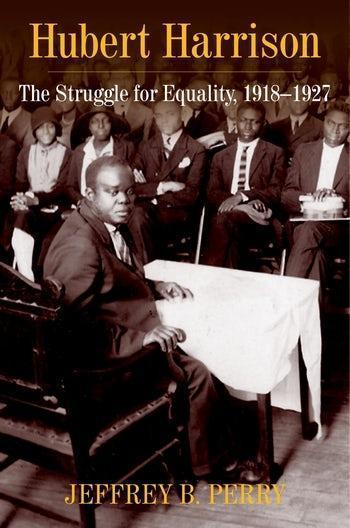 It is also available (on December 8) in hardcover, paperback, and E-book at 20% off from Columbia University Press (use coupon code "CUP20") See HERE

You will not be billed until book is released to you.